No; it is not gold that we need; it is men who thirst after true wisdom.

There are thousands who desire knowledge, but few who desire wisdom. Intellectual development, sagacity, craftiness, cunning, are to-day mistaken for spiritual development, but this conception is wrong; animal cunning is not intelligence, craftiness is not wisdom, and most of your learned men are the last ones who can bear the truth. Even many of your would-be occultists and so-called Rosicrucians have taken up their investigations merely for the purpose of gratifying their idle curiosity, while others desire to pry into the secrets of nature to obtain knowledge which they hope to employ for the attainment of selfish ends.

Give us men or women who desire nothing else but the truth, and we will take care of their needs. How much money will it require to lodge a person who cares nothing for comfort? What will it take to furnish the kitchen for those who have no desire for dainties? What libraries will be required for those who can read in the book of nature? What external pictures will please those who wish to avoid a life of the senses and to retire within their own selves?

What terrestrial scenery shall be selected for those who live within the paradise of their souls? What company will please those who converse with their own higher self? How can we amuse those who live in the presence of God? It is located far away from this earth, and yet it can be reached without trouble and without expense. Its monks and nuns have risen above the sphere of self. They have a temple of infinite dimensions, pervaded by the spirit of sanctity, which is the common possession of all.

There the differentiation of the Universal Soul ceases, and Unification takes place. It is a convent where there exists no difference of sex, of taste, opinion, and desire; where vice cannot enter; where none are born, or marry, or die, but where they live like the angels; each one constituting the centre of a power for good; each one immersed in an infinite ocean of light; each one able to see all he desires to see, to know all he wants to know, growing in strength and expanding in size, until he embraces the All and is one with it. I ventured to say that probably millions of ages would pass away before mankind would arrive at that state.

Each man has a certain amount of energy which he may call his own. If he wastes his energy on the outward plane, either for the attainment of sensual gratification or in intellectual pursuits, he will have nothing left to nourish the divine germ in his heart. If he continually concentrates his mind outwardly, there will be no inward concentration of thought, which is absolutely necessary for the attainment of self-knowledge.


The labouring classes, men of commerce, scientists, doctors, lawyers, and clergymen are all actively engaged in outward affairs, and find little time for the inward concentration of their powers. The majority are continually occupied in running after shadows and illusions, which are at best only useful as long as they last, but whose usefulness ceases when the heart ceases to beat. Their time and energy are taken up in procuring what they call the 'necessaries of life,' and they excuse themselves by saying that it is their misfortune to be so situated as to be forced to procure them.

Nature, however, cares nothing for our excuses; the law of cause and effect is blind and inaccessible to argumentation. A man climbing over a mountain top and falling over a precipice, is as much in danger of breaking his neck as if he had jumped down voluntarily; a man who is not able to progress will be left as far behind as one who does not desire to progress. But nature is not so cruel as she appears to be to the superficial observer. That which man requires for the purpose of living is very little indeed, and can usually be easily obtained; for nature has amply provided for all of her children, and if they cannot all obtain their proper share then there must be something seriously wrong, either with them individually or with the social organisation as a whole.

There is undoubtedly a great deal wrong in our social organisation, and our philosophers and politicians are continually trying to remedy it. They will succeed in their task when they succeed in making the laws of the human world harmonise with the laws of nature, and not before. That event may take place in the far distant future. 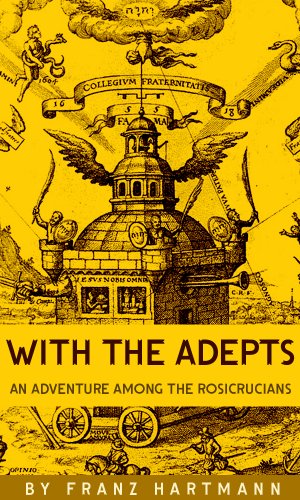 We have not the time to wait for it. Let each one attempt to restore harmony in his own individual organism and live according to natural laws, and the harmony of the social organism as a whole will be restored. A spirit of contradiction arose within me and caused me to say: "Would you, then, do away with all luxuries, which at our present stage of civilisation have become necessities?

Would you have us return to the semi-animal state of our forefathers, living as savages in the woods? I know there are certain cranks that harbour such views. The term 'necessity' has a relative meaning; and to a king a dozen of palaces, to a nobleman a carriage and four, may appear as much a necessity as to a beggar a bottle of whisky, or to a fashionable man a new swallowtail coat. To get rid at once of all such fancied necessities and the trouble which is imposed upon us to attain them, the shortest and surest way is to rise above such necessities and to consider them not to be necessary at all.

Then a great amount of our energy would become free, and might be employed for the acquisition of that which is really necessary, because it is eternal and permanent, while that which serves merely temporal purposes ends in time. Modern science says that she wants to know the laws of nature in all their minute ramifications, and yet she pays no attention whatever to the universal and fundamental law from which all these ramifications spring; and thus she resembles an insect crawling over a fallen leaf and imagining thereby to learn the qualities of the tree.

It is surely the prerogative of intellectual man to investigate intellectually all the departments of nature; but the investigation of external things is only of secondary importance to the attainment of knowledge of our own interior powers.

All primary powers act from within; effects are secondary to causes. He who considers the knowledge of external things to be more important than the knowledge of God, possesses very little wisdom indeed. How can you prove that such a being exists? The supreme spirit which pervades, embraces, and penetrates everything, being the very essence, soul, and life of all things in the universe, from the atom up to the whole solar system, is beyond all mental conception.

If He could be grasped by the human intellect, that intellect would have to be greater than God. There is nothing real but God. Nature itself is only a manifestation of His power. Let no man expect that somebody will prove to him the existence of God; but let every one seek to be himself a living witness of His presence and power by becoming god-like and divine by His divine grace. Man is destined to restore within himself the divine image. When he realises the divine ideal within his heart, his pilgrimage through manifold incarnations will have ended and the object of his existence be accomplished.

Introduction to the Adepts of Witch World

Personally, however Hartmann remained on good terms with Blavatsky, and was the first to translate The Secret Doctrine into German.

This, the third of Hartmann's books, and the first with a fictional setting, begins with a journey in the Alps. The narrator meets a mysterious dwarf. The dwarf takes him to an Adept who resides in a hidden Rosicrucian colony high in the mountains.